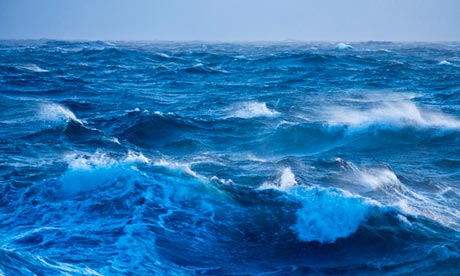 About this time last year, I recall hiding from the disgusting humid east coast heat by barricading myself in my living room, shades drawn, binge watching Ray Donovan and sipping ice cold bourbon. It became my summer refuge. My wife also became a willing refugee in the all-inclusive and utterly self-serving “lockdown.”

After several weeks of the same routine (lounge, drink, watch, repeat), my wife began to take notice in my daily bourbon preparation. She showed an interest on how I put drinks together and what went in my favorite cocktails. It wasn’t long before she took an active roll and eventually became our resident bartender. I certainly obliged and was very appreciative. Ego stroked! Thankfully, my requests lacked diversity and did not place an undue pressure on her in her new vocation. “On the rocks” or a “Presbyterian” (high ball) were generally the main courses of study. However, soon her extracurricular dedication provided the occasional Manhattan or Old Fashioned. Not bad! Needless to say, she successfully earned enough credits to graduate and has been employed ever since.

Several episodes into season 3 of Ray Donovan, I began to taste a distinct superiority in the quality of my drinks. I couldn’t put my finger on it, but it was certainly noticeable. I didn’t pay any mind, initially, but I could not escape the new found flavor. It was surprisingly rich and complex yet possessed an intangible asset I could not describe. Now, my predilection for bourbon goes back many years and I have mastered the crafting of my own indulgence. But to say that my attempts fell short of my wife’s newest offering would be, well, understating an understatement. Trust me I let her know too, repeatedly voicing my sincere sense of respect (fist bump anyone).

What was it? Maybe it was simply the care in her preparation, her attention to detail. Was there a secret ingredient I wasn’t aware of? Well whatever it was, it was damn good! I was so proud. The student was becoming the teacher.

It didn’t take long, however, before the “mad props” I had for my wife’s capabilities turned to suspicion, better yet, a nagging need to uncover the methods to her creativity. She, of course, down-played her accomplishments, telling me I was “silly” and “ridiculous.” I am sure she thought I was being a tad over-dramatic to prove a point. Hmmm, I bet she even pondered if my compliments didn’t hide some subconscious attempt at foreplay for my otherwise ulterior motives. But I needed to peek behind the “curtain” so to speak. I had to know.

“Babe? Can you make one of your ‘signature’ cocktails for me?”

“Of course,” she responded without hesitation.

My plan was set in motion. I watched inconspicuously as she toiled about the bar. Nothing extraordinary at first. She cut a lime, gave it a squeeze over the ice. Next she muddled a cherry, added a teaspoon of water and a dash of bitters, all before adding the bourbon or ginger ale.

“Interesting! The ingredients before the booze. Maybe that was the trick?”

On my bar were several bourbon selections to choose from; nearly a full bottle of Woodford Reserve, half a bottle of Bulleit, an unopened bottle of Evan Williams Single Barrel and a bottle of Knob Creek. I was too familiar with these labels to believe any of these were the difference maker. My wife ignored them anyway,opting for the what was inside the bar instead. Her hand disappeared, reaching deeply into the side cubby she extracted an unfamiliar bottle.

“Huh?” I questioned. That was where I kept my collector’s bourbon. Those selections I chose to save and never open or only open on very special occasions…like the apocalypse! At this point, I was no longer just peering over my shoulder, I was turned completely facing her, staring with much apprehension. What made the bottle so unrecognizable wasn’t that I forgot it was there or that I even remember buying it. No. It was because the once new, full bottle was 3/4 empty and I had never opened it.

In horror, I watched my wife pour the remaining contents of the bottle into my glass. Don’t get me wrong, I am a staunch advocate for bourbon that isn’t watered down, but at nearly $3.50 an ounce, the generosity came at a price. Yes you heard me right, $3.39 an ounce to be more precise. Making the 750ml bottle approximately $86. If that wasn’t enough to jump start cardiac arrest then just knowing how unique that particular bourbon was, threw me into momentary paralysis.

The bourbon was Jefferson’s Ocean and its a micro, small batch bourbon blended from several purposely unidentified straight bourbon whiskies. What’s interesting about Ocean is after it’s aged from 4-6 years, in a similar manner as other bourbon (on land), it spends another 6-8 months on a research vessel aging at sea. At sea! 2012 was the inaugural run for Jefferson’s Ocean and only about 600 bottles were released. My particular bottle wasn’t from the initial 2012 run, but was released in late 2014 from what has been referred to as Ocean II, or Jefferson’s second batch. Approximately 54,000 bottles were provided in Ocean II.

The concept behind the time spent aging at sea revolves around the immersion in the salty air and the constant movement of the bourbon within the barrels. More movement means more contact between the bourbon and the wood, giving it more opportunity to soak up the char and provide more diverse flavor. Additionally, more contact creates a faster aging process. Theoretically, some 5x faster. So 6-8 months at sea would potentially add another 2 1/2 to 3 1/4 years of aging. And believe it or not, the introduction of the salty sea air, over time, does provide a very complex and rich bourbon, highlighted by, you guessed it, notes of salt or brine. That unparalleled finish was the intangible asset I couldn’t initially describe. 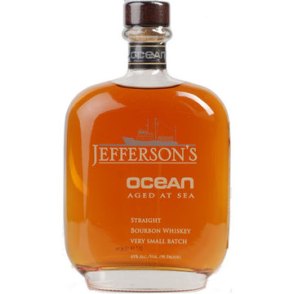 Despite all of the “seafaring” expression custom to Jefferson’s Ocean (marketing ploy or not, it worked on me), it was a considerable purchase. I had never spent more than $60 on a single bottle of bourbon before. It was special to me and what I believed to be the first offering in a vast collection (another reason why the bottle was tucked away deep in the recesses of the bar).

“Ah haaaaaa!” I shouted. “So that’s how you do it. That’s your secret ingredient? No wonder your concoctions are so stinkin’ delicious! Have you been using Ocean the entire time?”

Somewhat startled by my accusatory tone, my wife said, “Oceans?…Secret ingredient?…What are you talking about?”

“The bottle…the bourbon!” I babbled. “That bottle in your hand.”

“Yes, I have been using it for a while. I didn’t know I couldn’t. It was just sitting in the bar not being used. I wanted to try something new.”

Incredulously I interrogated, “Did you know that bottle cost me $90 and I was saving it for my collection.”

“…Well, the one I was going to start with that bottle.” I could see already my argument losing its luster. I hadn’t added a new bottle to my so called collection since I bought the Ocean.

My wife softened, “I am sorry babe. I had no idea you were saving this. I wouldn’t have used it. Especially knowing how much money you spent. I feel bad now. I was just trying to make a drink that made you happy. When you raved about it being so good I just figured I’d keep making it for you…I am sorry!”

Damn! I knew my excessive compliments would come back to bite me. Ego deflated! Now, I felt bad. Her apology was sincere and her intentions were honest. I realized that no matter how I tried to spin this in my favor, I was just going to be a bigger heel. I graciously conceded.

“Ah, what’s a good bourbon if it can’t be enjoyed?”

I smiled, apologized for my temper and tone then thanked her for being kind enough to cater to me. I actually chuckled a bit thinking back over the last several weeks. Honestly we both got a good laugh out of it and, well, this story too.

In reflection, I understood that my wife’s actions were not born from some superficial knowledge or ignorance, for that matter, to a specific bourbon. She could have cared less about that. And that ‘s my point. She did what she did from a much deeper understanding of her feelings and what made me happy. It didn’t matter what her offering was made with because what was physically being poured into the glass rated at a much lower proof than the expression of thought she poured into the effort. She acted graciously out of love. A love deeper than any ocean I might add. And in this particular case, certainly deeper than any Jefferson’s Ocean.